Cancer testis (CT) antigens are an expanding family of tumor-associated antigens that have an highly tumor restricted expression pattern and a strong immunogenicity.

Among them, AKAP-4 was initially identified as an aberrantly expressed CTA in multiple myeloma primary cells (Chiriva-Internati et al. 2008).

Due to its expression in cancerous tissues and its potent immunogenicity, AKAP4 has been considered as a promising biomarker and immunotherapeutic candidate as for instance in breast (Jungbluth et al. 2000), in ovarian cancers (Agarwal et al. 2013) or in cervix cancer (Agarwal et al. 2013). 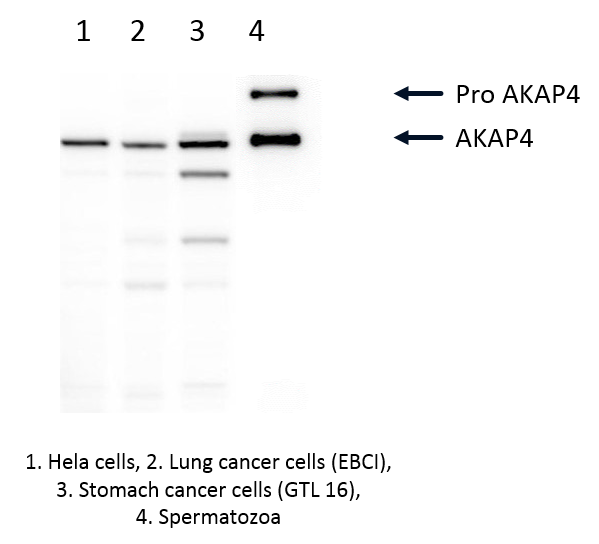