Rabbit polyclonal antibody pT668 recognizes the phosphorylated threonine 668 of Amyloid Protein Precursor (APP) and is suitable for Western Blot, for Immunohistochemistry and Immunofluorescence.

The anti-APP antibody [pT668] recognizes the phosphorylated threonine 668 of Amyloid Protein Precursor (APP). This antibody is suitable for Western Blot, for Immunohistochemistry and Immunofluorescence.

Background on the anti-Tau antibody phosphorylated at threonine 668

Amyloid Protein Precursor also called APP (Gene ID: 351) is a type 1 transmembrane protein whose metabolism leads to the production of amyloid-beta peptides. In Alzheimer’s disease, amyloid peptides are the main components of amyloid deposits. Amyloid-beta peptides (Ab) are produced following by sequential cleavages of APP by proteases that are named secretases.

The phosphorylation of Anti-APP antibody at threonine 668 (a position corresponding to the APP695 isoform) is increased in Alzheimer’s disease and promotes amyloid-beta peptide production.

Phosphorylation of APP at Thr-668 results in significant conformational changes and is associated with neurite extension, anterograde transport of vesicular cargo into neurites, axonal transport and in signaling to the nucleus. 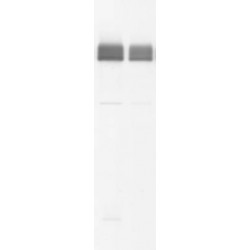 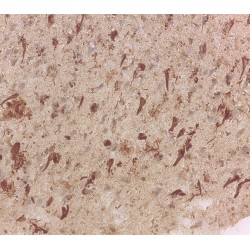 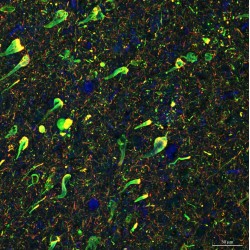